Why Are Habits So Hard To Break? 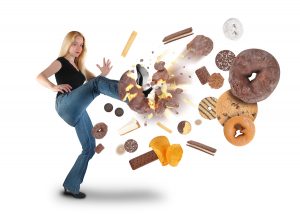 “Any act often repeated soon forms a habit; and habit allowed, steadily gains in strength. At first it may be but as a spider’s web, easily broken through, but if not resisted it soon binds us with chains of steel.”
~ American theologian Tryon Edwards (1809–1894)

How much of what you do is wise? Most of the choices we make each day feel like well-considered decisions. In reality, ingrained habits drive us to act.

Research has shown that the average person has approximately 40,000 thoughts per day, but 95% are the same ones experienced the day before. Other studies support the notion that 40% of our daily actions are based on habits and routines, not newly formed decisions.

Our habits—what we say, eat and do, and how we organize our thoughts and work routines— have an enormous impact on our health, productivity, financial security and happiness.

As someone who works with people to help them improve, I know this is true. People can be highly motivated to achieve goals and make changes in their lives, yet be firmly entrenched in habits.

In the last two decades, scientists have begun to understand how habits are formed, how they work and, more importantly, how we can change them. As New York Times staff writer Charles Duhigg reveals in “The Power of Habit: Why We Do What We Do in Life and Business” (Random House, 2012):

• Before Pepsodent entered the market in the early 20th century, only 7% of Americans had a tube of toothpaste in their medicine chests. A decade later, the number had jumped to 65%, thanks to Claude C. Hopkins’ legendary advertising campaigns. The tooth brushing habit was firmly established.

• By changing one small keystone habit (like safety precautions or tracking in a journal), individuals and companies can influence everyday routines, leading to widespread results.

What one small habit could you change today that might cascade into large results?