The Secret To Breaking Bad Habits 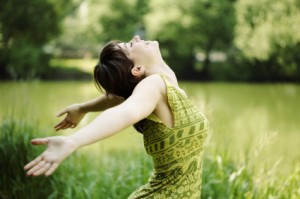 Habits emerge because the brain is constantly seeking ways to conserve energy. It looks for a cue that becomes the trigger for a habitual response.

We are then rewarded with a blast of the pleasure-inducing neurotransmitter dopamine. Dopamine plays a major role in the brain system that is responsible for reward-driven learning.

The process is a three-step physiological loop:

1. A trigger event or cue occurs.

3. A reward helps the brain decide that this loop is worth remembering for the future.

Over time, the habit loop becomes increasingly automatic. The cue and reward become intertwined until a powerful sense of anticipation emerges.

This explains why habits are so powerful: They create neurological cravings. Most of the time, these cravings form so gradually that we’re not even aware they exist. We’re often blind to their influence.

New York Times staff writer Charles Duhigg reveals in The Power of Habit: Why We Do What We Do in Life and Business (Random House, 2012) that all habits are neural connections formed in the brain.

Habits never really disappear. They’re encoded into the brain’s structures—a huge advantage because we don’t have to relearn things we haven’t done in a while, such as riding a bike, speaking a foreign language or driving to work.

But your brain can’t tell the difference between good and bad habits. Even after you’ve conquered a bad habit, it’s always lurking in the back of your mind. One cigarette can reignite a smoking habit after years of abstinence.

This is why it’s so hard to create new routines. Unless you deliberately fight an old habit by substituting a new routine, the pattern will unfold automatically. When you learn how the habit loop works, you’ll find it easier to take control of your behaviors.

Habits aren’t destiny. They can be ignored, changed or replaced. When we learn to create new neurological routines that overpower old drives and behaviors (thereby taking control of the habit loop), we can force our bad habits into the background.

Changing your routines and habits isn’t easy, but it’s certainly not impossible either. One of the best ways to go about it is with the help of a coach. In the work I do, there are a number of ways to make the process of change easier and faster. Give me a call if you’d like to know more.